The Language Server Protocol (LSP) is an open protocol created & lead by Microsoft that defines a common language for programming language analyzers to speak. I’m extremely excited about it, and I believe that once your read more about it, you would too. 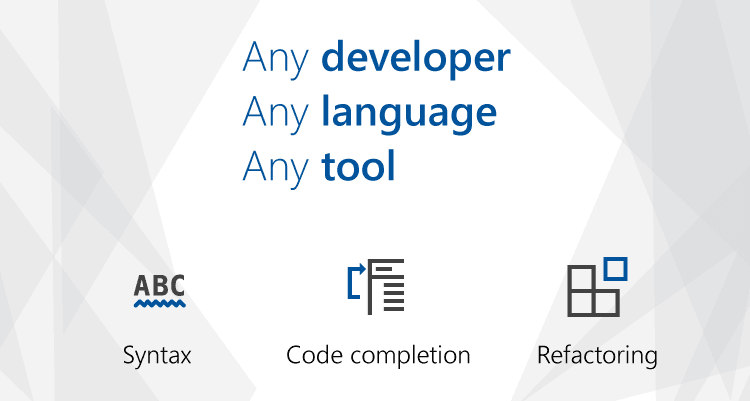 From the official LSP specification:

LSP creates the opportunity to reduce the m-times-n complexity problem of providing a high level of support for any programming language in any editor, IDE, or client endpoint to a simpler m-plus-n problem.

For example, when Go came out, plugins were created for each major editor & IDE: Vim, Emacs, Atom, Sublime, VSCode, Eclipse, etc’. Instead of a community effort to create the best code analyzer, the community was focused on creating analyzers for each available tool.

Furthermore, when a new editor is created, it needs to support dozens of languages in order to gain traction - an impossible fit for small projects.

Several companies have come together to support its growth, including Codenvy, Red Hat, Sourcegraph and of course Microsoft.

The protocol is becoming supported by a rapidly growing list of editor and language communities. All popular languages have a language server implementation: C#, Go, Java, JavaScript, python, Swift, C \ C++ and more.

The quality of the clients & servers is varying, specifically for language clients. VSCode is already using LSP as its backend for language analysis, Neovim is already talking about making LSP a first class citizen, and I believe more will follow.